Singer, song-writer, comic book writer Gerard Way released a new song five days ago-just in time for Halloween. The lead of the former band My Chemical Romance came out with his first solo album “Hesitant Alien” in 2014 and has not produced any new music until now. The lyrical music video of the spooky song “Baby, you’re a Haunted House,” has already hit over a million views on Youtube.

END_OF_DOCUMENT_TOKEN_TO_BE_REPLACED

Bishop Briggs, the cutest chess piece I’ve ever seen, has just released her first full-length album as of two days ago, and I am so happy. I was lucky enough to see her perform live along with Barns Courtney and New Politics at The Kerfuffle Before Christmas this past December, and from that night on, I became a bigger fan than I ever thought I would be one year prior. She was a nonstop fireball of energy, constantly running across the stage with a big, fat smile on her face. She looked as if she couldn’t believe she had gotten to where she was, but I can guarantee that her triumph is well deserved. She performed her EP in its entirety, along with her new single at the time, “Dream.”

END_OF_DOCUMENT_TOKEN_TO_BE_REPLACED

As well as being the grungiest, most upbeat song on this list (I’ve been in more of a chill music mood lately), new and uprising artist Alice Merton turned heads a full year after its release with this fresh single. The beat is irresistible and the instrumentals hit hard. “Roots” currently holds the number 1 spot on the Alternative Billboard chart.

Lovelytheband is an uprising band that formed in 2016, and “Broken” is the song that has started getting them into the public’s eye. It’s an ode to those who consider themselves, well, broken, and uses the perfect blend of rock and electronic. It’s a song I fell for the instant I first heard it.

END_OF_DOCUMENT_TOKEN_TO_BE_REPLACED

“Punk is musical freedom. It’s saying, doing and playing what you want. In Webster’s terms, ‘nirvana’ means freedom from pain, suffering and the external world, and that’s pretty close to my definition of Punk Rock.”-Kurt Cobain

I did some searching to find out which artists are releasing albums this year, and I found a link that lists practically every album and Spring/Summer U.S. release date out there. It’s all laid out and organized by date and alphabetical order.

Here are the albums I’m particularly excited for:

END_OF_DOCUMENT_TOKEN_TO_BE_REPLACED

Less than two weeks ago, I posted about Paramore and how it’s been four years since their last album. I had no idea that just over a week later, they’d announce their new album “After Laughter,” a tour, and release their lead single “Hard Times.” I am so excited that one of my all-time favorite bands is back in action.

END_OF_DOCUMENT_TOKEN_TO_BE_REPLACED

Ever since I made my Spotify account a month ago, I’ve been listening to my playlists almost every time I’ve been on my computer. There are certain songs that I listen to over and over, because they bring me joy and better my mood. I’ll probably post something like this again in the future, but for now, enjoy these four 90s (and one 2010) throwbacks that are sure to get your day off to a good start.

END_OF_DOCUMENT_TOKEN_TO_BE_REPLACED

Synopsis: For one of my writing classes, I had to give an example of something having to do with the end of the world. We had to talk about it and compare it to the writing style of “The Road” by Cormac McCarthy. I found myself fond of this particular assignment, and I got really into it. I figured I’d share my response on the blog.

END_OF_DOCUMENT_TOKEN_TO_BE_REPLACED 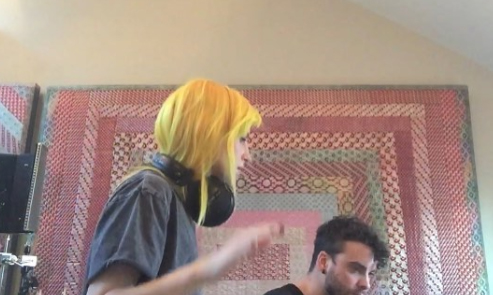 On April 5th, 2013, Paramore’s self-titled album came out-an album that would quickly become one of my favorites ever and turn me into a huge fan of their music. Four years later, I’m still patiently anticipating their next album. Their first album without the Farro brothers was a big success for the band, and they toured for two years to promote it. They took a break for two years after that, and they haven’t released any new music. So, where is it? You can ask this for a lot of bands out there. I’ve wondered this question for quite a while and finally decided to find some answers.

END_OF_DOCUMENT_TOKEN_TO_BE_REPLACED

We’re finally down to the #1 and final song on my list. I must admit that it is a little biased considering how much I love this band. But I believe they truly deserve to be #1 after all they have accomplished. When Tom Delonge left the group, they picked up guitarist/co-vocalist Matt Skiba and carried onward to create a great album, put out a fantastic first single, and prove they were still the same old Blink. You probably guessed it-unless of course you saw the video title first-Bored to Death by Blink-182.

“My music will tell you more about me than I ever will.”